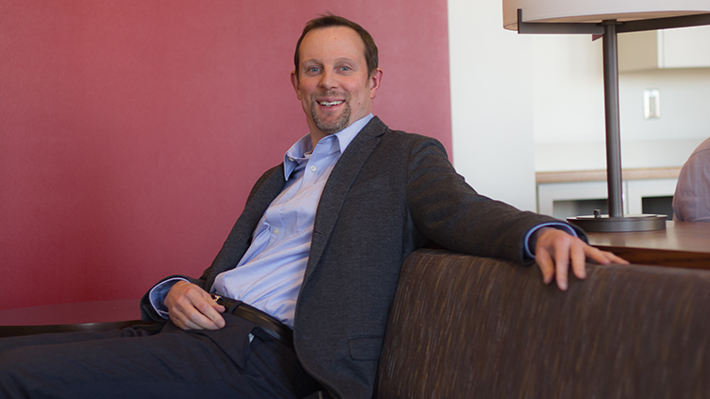 For this post, I interviewed Professor Mark Stehr. Associate Professor Stehr is the Assistant Director of the School of Economics at the LeBow College of Business at Drexel University.  He is a health economist. His most recent work is at the intersection of health economics and behavioral economics.

In “Intended and Unintended Consequences of Youth Bicycle Helmet Laws,” Professor Stehr and his co-author, Christopher Carpenter, study a policy designed to protect people. In the US, 21 states have passed laws that require at least some people to wear helmets while riding bicycles. In most cases, the laws require those under 16 years of age to wear helmets. The perspective that this paper takes is that the goals of the laws are to save the lives of these children if they are hit by a car, or involved in another type of serious accident, while riding their bike.

This isn’t the first paper to look at this issue. Previous work, by Grant and Rutner (2004), found that helmet laws were in fact effective in saving the lives of bicycle riders. That paper used data from 1990-2000. In this paper, the authors confirm this result using data from 1991-2005. They find that helmet laws reduce fatalities from bicycle riding among youths by almost 19%.

The authors are able to find this result by comparing the states with the helmet laws to those without the laws. In addition, they provide evidence to bolster the credibility of this result: the helmet laws do not significantly affect fatalities among 16-30 year olds, who are not required to wear helmets.

Those of you who live in states with one of these laws, and/or who have children, might not be surprised to hear the next interesting result in this paper. Not everyone is adhering to the laws. The authors are lucky enough to have access to two different surveys, one of parents and of children. Among parents, 35% say their oldest child never wears a helmet; but 83% of children say they never wear a helmet.

Yet, the helmet laws are still effective. This is partly because of the most interesting finding of the paper: an unintended consequence of the helmet laws is that they cause some children to stop riding their bikes altogether! Helmet laws lead to a 3-5% reduction in the probability of a youth riding a bike in the past year.

Why does this happen? It’s likely that, when asked to don a helmet, due to concerns about comfort and looks, some kids decide they would rather not ride a bike at all. Evidence from surveys shows that kids complain about the fit of helmets: they are often tight and sweaty. And kids are always concerned about looking “uncool” while wearing a helmet. If you ask me, this is probably the #1 reason that kids aren’t wearing helmets.

It would be very interesting to know what activities these kids take up, instead of bike riding: do they skateboard (possibly without helmets)? Do they play video games? In some cases, kids use bikes for transportation; and so they might be taking the bus, walking, or otherwise getting a ride. This paper acknowledges these questions, but it’s not a goal of the authors to answer them. (Note to self: future post?)

I asked Professor Stehr whether he thought the state governments -- the policymakers in this case -- might have been able to foresee that this unintended consequence could happen. He told me that he didn’t know for sure, but that this example is very similar to the implementation of motorcycle helmet laws. There is already lots of evidence that these work in reducing fatalities, and that these motorcycle riders don’t like wearing the helmets either.

Lastly, I asked Professor Stehr what he would recommend policymakers do differently, now that we know about these unintended consequences. He thinks that manufacturers should make bicycle helmets that kids think are cool and stylish. He also has general recommendations for bicycle safety besides helmet laws. For example, he told me about his experience riding his bike in Philadelphia:

“I’ve been riding my bicycle in Philadelphia for 15 years. I used to have people yell and honk at me to get on the sidewalk where I belong. Of course, bicycle riding on the sidewalk is illegal. Bicycles are supposed to be on the roads. In Philadelphia, they have painted what they call “sharrows,” which are a picture of a bicycle and an arrow, on the street, all over the city, to let motorists know that bicyclists are supposed to be there. I think it’s worked. No one has yelled at me in years. It’s made me feel safer.”

I asked Professor Stehr about some of his other recent work. He told me about a field experiment he is working on with several co-authors. You can read about it in this working paper. A field experiment is like an experiment in the lab, but it takes place out in the real world. In this case, the experimenters want to understand how to best use incentives to encourage people to exercise. For example, they compare paying them more up front to spreading out payment. More broadly, Professor Stehr has been researching how to incentivize people who genuinely want to change their behavior – like eat healthier or quit smoking --  but repeatedly come up short.

Let’s talk! I would love to know what you think about this example of unintended consequences. Please submit comments and questions.
Posted by Sharon G Harrison at 11:23 AM No comments: